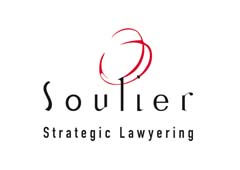 Jean-Luc is the managing partner of Soulier Avocats. He obtained an LL.M from the University of Michigan, Ann Arbor, and practiced as a foreign associate in the New York- based law firm Sullivan & Cromwell in the early 1980’s before getting back to France and developing the international practice of the Firm.

Jean-Luc has over 30 years’ experience in providing guidance and counseling to French and foreign listed and unlisted corporate clients operating in a wide range of sectors with respect to their operations and business dealings in France and Europe. His practice covers M&As and international corporate transactions, international contracts, infrastructure projects, competition & antitrust law as well as complex litigation and international arbitration. He also provides legal advice to associations, foundations and endowment funds.

Jean-Luc Soulier served as Director of the World Law Group and President of the World Law Group Marketing Committee from 2003 to 2005 and is registered as ICC arbitrator since 2003. He is a member of several professional associations and the author, co-author or co-editor of numerous national and international publications.

Assisted a group specialized in the manufacture of silicon-based electronic products and chips in connection with the acquisition of a manufacturing unit in France; supervised the subsequent downsizing of the activities on site, structured and implemented a collective lay-off plan for more than 300 employees

Acted as lead counsel, for the French part of the transaction, in the acquisition of a European business enabler by the global leader of domain name registration and protection

Prepared and negotiated, on behalf of a leading French wine producer, distribution and sponsorship agreements with US partners

Advised a world leading manufacturer of chemical products on the applicable requirements with respect to the classification, labelling and data safety sheet for phytopharmaceutical products following changes of classification of substances