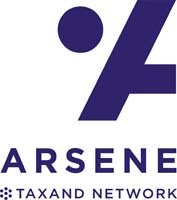 Antoine Glaize joined Arsene Taxand in 2006. He is an engineer (Ecole nationale des travaux publics—a French public works engineering school (1983)), and also graduated from the Paris Institute of Political Studies (1988) and the Ecole nationale d’administration (1991), which trains senior French public servants. He began his professional career in 1983 as an engineer with the French Ministry of Public Works, Housing and Transport, then joined the French Ministry of Economy, Finance and Industry in 1991 where he held various positions. In 1995, he worked for Aérospatiale as assistant general counsel in charge of the tax department before he returned to the Ministry of Economy, Finance and Industry in 1997, where he was appointed Head of the Tax Audit Office and the Office of International Affairs of the General Management Division of the French tax authorities, in charge of transfer pricing and advance pricing agreements. In 2000, Antoine joined Arthur Andersen International as a partner, and, following the merger with Andersen in 2002, was part of Ernst & Young, where he was in charge of the Transfer Pricing practice. Antoine is now in charge of the transfer pricing service line at Arsene Taxand and Taxand.